GET ALL OF THESE KINDLE BOOKS

Ready to be scared? For one day only, Tuesday February 16, 2016, you can download the most frightening Amazon Kindle novels from some of the best known independent horror authors for just 99 cents each. This is your opportunity to fill your e-reader with great horror stories, and if you want to get to know the authors personally, you can join each author’s exclusive email list.

Check out the complete list of horror novels below, complete with covers

and descriptions to whet your appetite!

All Books for 99 cents on Tuesday February 16! 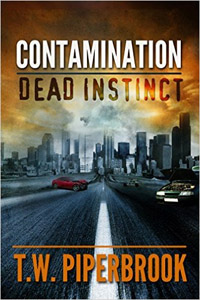 In a world plagued with violence and infection, Ken and Roberta Smith want nothing more than to find their son. Having been on the road for four days, they must now cross the remaining three hundred miles of desert wasteland to get to him.

Isaac Smith has been trapped in Phoenix since the infection began. The city is virtually impassable, and the infected are everywhere. Will he escape the carnage around him? Or will he die in the city he once called home?

Can be read as a standalone or companion to the Contamination series. 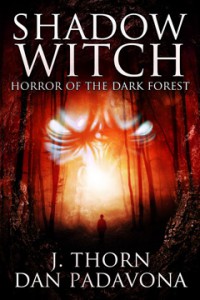 by J Thorn and Dan Padavona

A new dark fantasy and horror tale from J Thorn and Dan Padavona.

Thom Meeks lives with his family in Droman Meadows under the protection of the Kingdom of Mylan. An unusually long winter creates anxiety in the village and some believe it to be the return of an ominous force known as the Shadow. When a pack of dread wolves lays ruin to Droman Meadows, Thom escapes with his wife and four daughters.

They set out on the Mylan Road in hopes of finding refuge in the capital, but dark forces emerging from the primeval forest will challenge them for their eternal souls. 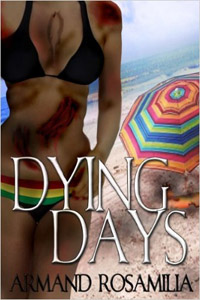 Sunny Florida, beautiful beaches, no traffic on A1A… Zombies roaming the dunes in search of the living…

Darlene Bobich in a fight to survive, find food, safety and ammo for her Desert Eagle before its too late…

the undead are coming to exterminate the human race…

Dying Days are upon us…The Undead Roam the Earth…

Searching for the living in an apocalyptic wasteland. 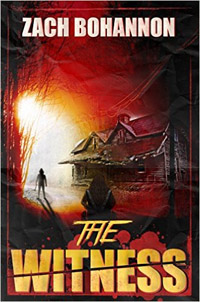 Rebecca Long is a college student at Tulane University. With school out and the summer heat and unbearable humidity swallowing New Orleans, Rebecca can’t wait to join her friends on a road trip to Chicago for a rock concert.

While traveling a desolate highway in the Mississippi Delta on a slight detour, the group’s car breaks down and they find themselves stranded. But when a man offers to assist them, the students find it’s not always good to accept the help of strangers. Rebecca is knocked unconscious, and wakes up tied to a wheelchair. It’s dark, she’s alone, and she has no idea where she is.

Then, the lights come on, and the game begins. Now, Rebecca’s only mission is simple: survive the night. Perfect for any fan of slasher films such as Friday the 13th, Halloween, The Texas Chainsaw Massacre, and House of 1,000 Corpses. 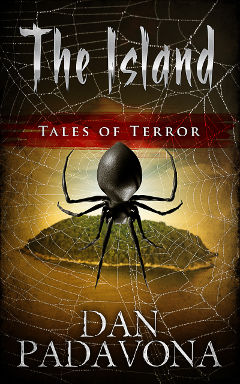 Treman Mills – A teenager trapped in an abandoned building is stalked by a deranged killer. If you are a fan of serial killer and slasher stories, you will love Treman Mills.

Also includes an exclusive excerpt from Dark Vanishings – Book One, the acclaimed post-apocalyptic series which delivers a roller coaster ride of thrills and chills! 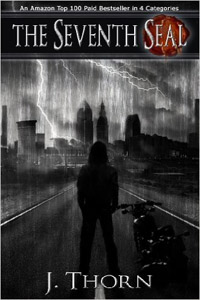 John Burgoyne awakens from a Halloween party, with a hangover and a dead cell phone, on the first day of the End of Days. He’s desperate, on the run, and fighting for his life. After a violent coup, the Father, the figurehead of the Holy Covenant and the commander of a new military order, pursues John through the post-apocalyptic wreckage of Cleveland, Ohio, in search of the hidden knowledge he believes John holds. Burgoyne escapes and aligns with the resistance until Father orchestrates a final showdown.

Any fan of “Mad Max”, Cormac McCarthy, or David J. Moody will love The Seventh Seal!

Dead of Winter Exclusive – Correspond with the Authors!

Here’s your chance to correspond with the talented authors behind Dead of Winter. Click the names below to join each author’s exclusive mailing list, perfect for fans who want to get to know the authors and be the first to hear about new releases and specials.

T.W. Piperbrook was born and raised in Connecticut, where he can still be found dreaming up stories or getting lost in local parks and reservoirs. In addition to writing, the author has also spent time as a full-time touring musician, traveling across the US, Canada, and Europe. Now he spends his days fighting zombies and werewolves, and roaming Ancient cities.

Married to the greatest woman in the world and father of several children, Armand lives in Jacksonville, Florida. Armand began writing at the age of 12, initially influenced by Dean Koontz. Successful and philanthropic, Armand is the author of numerous best selling, innovative horror titles, including Dying Days.

“Something about the dark side of life has always appealed to me. Whether I experience it through reading and watching horror, or listening to my favorite heavy metal bands, I have been forever fascinated with the shadow of human emotion.”

“Want a story that’s rooted in a fundamental aspect of being human? I believe reading dark fiction can be healing. My overriding mission is to connect with you through my art, and I hope to inspire you to do the same. I’m a word architect and driven visionary. I’m obsessed with heavy metal, horror films and technology. And I admire strong people who are not afraid to speak their mind.”

“When you read one of my books I want you to feel like you are sitting around a campfire with me at midnight…the sweet smell of wood burning, the fire crackling like a bullwhip, and a full moon chasing the shadows back to the woods. Just remember to save me a marshmallow. I like mine light brown, like cinnamon toast.”