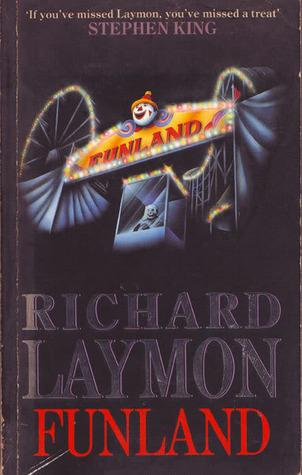 The late, great Richard Laymon left us on February 14, 2001. While he was alive, he penned some of the most graphic horror novels of the last fifty years.

Laymon will never be confused with Dean Koontz or Patrick Rothfuss for delivering poetic prose. That was not his style. His strength was always his ability to imagine, and render in text, the most horrific of nightmares.

is Richard Laymon at his seediest best. Imagine a boardwalk amusement park overrun by a wicked crew of homeless individuals that emerge at night to terrorize anyone foolish enough to still be in the park after dark. Now imagine a misguided, vigilante group of youngsters whose aim it is to rid the homeless – trolls as they are called – from the park.

I admit to often being uneasy with the way Laymon depicted the homeless in some of his books (Night in the Lonesome October being another example). However, I do not think it is fair to assume he was making a blanket statement, as much as he was creating a rogue group capable of chilling your skin with their despicable actions.

Oh, and if you were wondering, there is a lot more to the amusement park than meets the eye. Horrors far worse than the trolls lurk within.

The visuals in Funland are horrific, pure Laymon genius. This is the sort of creepshow that stays with you long after you finish reading it.

If you have never given Laymon a try, this is a good place to start.