Picking up where the Wolf Lake books left off, the Thomas Shepherd Mystery series delivers intense, gripping thrills and suspense.

Thomas Shepherd is a rarity among law enforcement – a sheriff with Asperger’s syndrome. Together with his deputies, private investigator and girlfriend Chelsey Byrd, and his closest friends, he solves crimes and pursues deadly killers.

Heart-pounding suspense and expertly crafted characters keep thriller and mystery readers coming back for more and begging for more books. Discover why so many readers love Thomas Shepherd and the world of Wolf Lake, an idyllic location inspired by New York’s Finger Lakes region.

Each book is its own thriller and mystery. Reading the Wolf Lake series is not required. 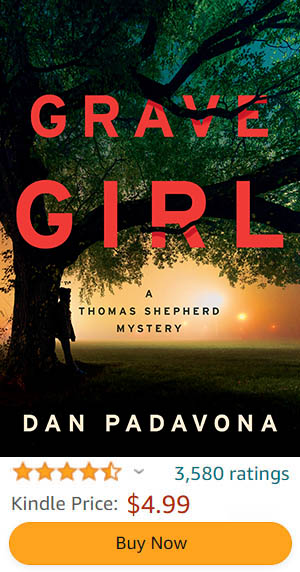 When McKenzie accompanies her boyfriend to the country for a night of stargazing, she vanishes in the dead of night. Her star-athlete boyfriend claims he had nothing to do with her disappearance, but he has no alibi.

As Thomas Shepherd searches for the missing girl, he discovers the boyfriend is hiding a dark secret. He’s a powder keg waiting to explode. But why would the future professional football star kidnap and murder his girlfriend?

Thomas must rely on girlfriend Chelsey Byrd and her team of private investigators. But Chelsey is battling her own demons after a near-fatal abduction by a crazed stalker.

At the same time, a rash of break-ins rocks the tiny village of Wolf Lake, keeping the private investigators busy.

More suspects emerge. Thomas and his deputies must determine who the real kidnapper is.  Will they find McKenzie in time?

Q – Do I need to read the Wolf Lake thriller series to enjoy the Thomas Shepherd mysteries?

A – Not at all. The setting and characters are introduced as if you have not read the Wolf Lake books. However, if you love the Thomas Shepherd mystery series, I recommend you check out the Wolf Lake thrillers and mysteries and watch the characters evolve.

Q – Are all of the characters from the Wolf Lake series in this new series?

A – Yes! All your favorite characters return for new thriller and mystery stories, including Thomas, Chelsey, LeVar, Scout, Raven, and more.

Q – How many books will there be in the Thomas Shepherd mystery series?

A – There is no set limit. Readers love the stories and characters, and I enjoy writing about them. I envision a long series.

Q – Can I read the Thomas Shepherd thriller and mystery series with my Kindle Unlimited subscription?

A – Absolutely! If you subscribe to Kindle Unlimited, the Thomas Shepherd books are FREE to read.

Q – What formats are the books available in?

A – Each story is available in paperback, on Kindle, and in audiobook form.

A – Wolf Lake and Nightshade County are based on the Finger Lakes region of New York. If you are familiar with this area, you might recognize a spots that were inspired by their real-life counterparts.

Q – Can I preorder the next book in the series on Amazon?