Thomas Shepherd is no ordinary hero. As an LAPD detective, he survived a near-fatal shooting. And he has Asperger’s syndrome.

With over 10,000 four- and five-star reviews on Amazon, the Wolf Lake Thriller and Mystery series is a must-read for fans of tense thrillers with unique twists.

On the surface, the Wolf Lake books are dark, gripping mysteries with terrifying killers and pulse-pounding action. Beneath lay stories of redemption, overcoming adversity, and the powers of friendship and love. This combination leaves readers screaming for more.

Each novel in the Wolf Lake series reads like a stand-alone killer thriller, but you’ll want to consume the entire series and watch the characters evolve and grow.

The chilling mystery and thriller series with characters you’ll die for. A page-turning thrill ride.

After a near-fatal shooting, Detective Thomas Shepherd returns home to Wolf Lake. He accepts a deputy’s position with the Nightshade County Sheriff’s Department and buys his late-uncle’s lakeside home, hoping to rebuild his life.

Then a headless corpse washes ashore, and Thomas is thrown into a murder investigation.

Is a psychopath hunting the village of Wolf Lake?

The evidence implicates a troubled youth with a violent past. But Thomas isn’t so sure. Now the village is against him, demanding an arrest. But is the real killer still on the hunt?

The thriller and mystery that readers can’t get enough of. Borrowing elements from Lisa Gardner, Karin Slaughter, Dean Koontz, and the Thomas Harris Hannibal Lecter novels, Her Last Breath is an instant classic. 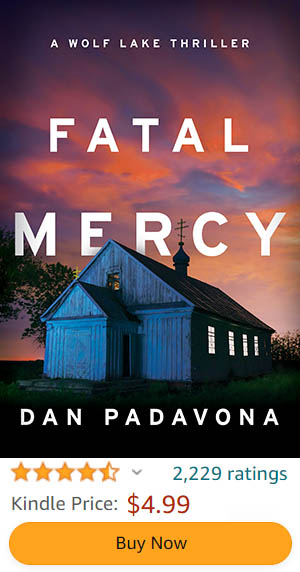 The villagers of Wolf Lake are dying of suspicious causes.

Their deaths have nothing in common, except each victim knew the priest from the local church. Sheriff Gray blames the priest for driving drunk two years ago and causing his wife to fatally crash on icy roads. But Gray could never prove it, and now he wants to pin the new murders on the priest.

Deputy Thomas Shepherd considers Gray a mentor and father figure. Can Thomas maintain a friendly working relationship with the sheriff while he pursues the truth?

Another death rocks Wolf Lake. A killer is stalking the darkness. What is the murderer’s motive?

When Thomas’s friend disappears, he fears the killer is to blame. Time is running out.

Can he stop the murderer before another innocent life is lost? 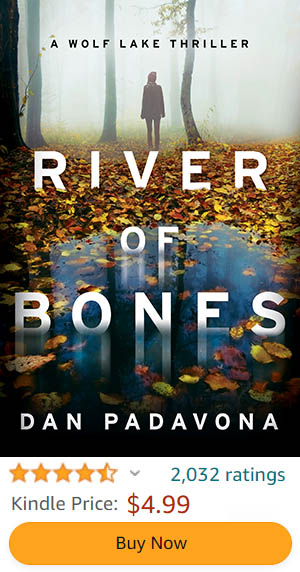 Then a grisly discovery. A state park ranger digs up human bones beneath Lucifer Falls. Are these Skye’s remains?

Upon hearing the disturbing news, the missing girl’s friends return to Wolf Lake. Thomas Shepherd, the new sheriff of Nightshade County, interviews the friends about Skye and believes they’re hiding a dark secret. A ghost is linked to their past, and now someone is targeting all of them.

After one of the women vanishes, Thomas encounters the monster who has been tracking Skye’s friends for six years. The heart-pounding ending will leave you breathless.

A terrifying thriller and mystery with a shocking twist. River of Bones is one of the scariest thrillers you’ll read this year. 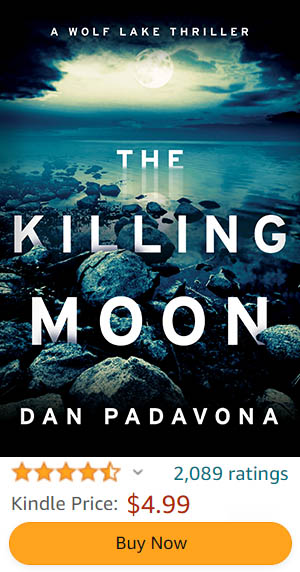 Imagine it’s the night before Halloween. You’re awake late at night and listening to a horror podcast.

Tonight’s topic – The Halloween Man, a killer of legend who murders innocents on Halloween. But something goes wrong. Terribly wrong. Someone attacks the host during the live podcast and murders her.

Or so it seems. Is this an elaborate prank? Or did a murder occur with thousands of people listening?

Sheriff Thomas Shepherd is skeptical at first. But the deeper he digs into the investigation, the more troubled he becomes. Two people are missing, and everyone he speaks to implicates The Halloween Man.

Thomas doesn’t believe in ghosts and legends. He knows a madman is stalking the night and using famous horror movie scenes as inspiration for his murders.

A chilling tale that straddles the line between mystery and classic horror. 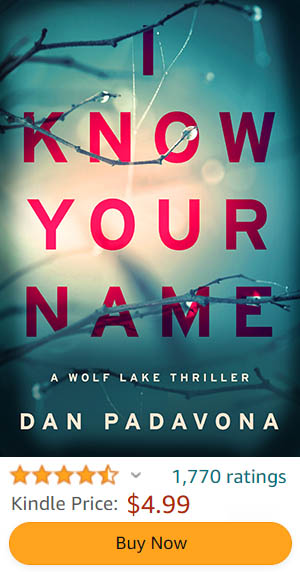 The police discover a local defense attorney stabbed to death in her kitchen. Now her son Shawn, a disturbed teenager from a broken home, is missing.

Did the boy murder his mother? Or is the real killer pursuing him?

When a second dead body surfaces, Thomas finds a link between the victims that leads him to a shocking discovery.

The killer has been watching the sheriff the entire time. 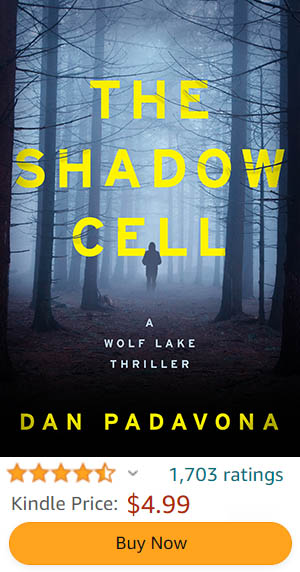 A local legend states that a ghost haunts a tiny town in Nightshade County. It sounds like a child’s tale.

Until a woman vanishes without a trace.

To solve the mystery behind the disappearances, Thomas relies on his deputies and friends from Wolf Lake Consulting to debunk the ghost legend and learn the truth. But now the kidnapper sets his sights on one of Thomas’s closet friends.

Can he catch the psychopath before another life is lost? 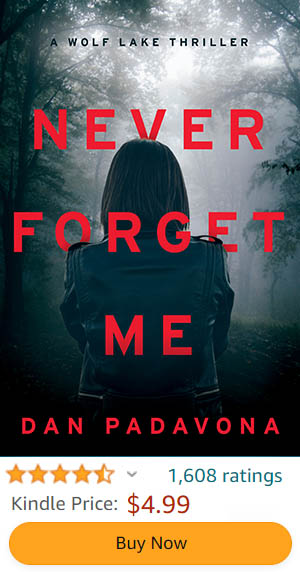 Cliques sour us. But revenge is sweet.

The Nightshade County Sheriff’s Department is in shambles. With his lead deputy suffering from anxiety issues after a brush with death, Sheriff Thomas Shepherd tries to hold his overworked team together.

Yet there is no rest for the weary.

When a series of bizarre deaths cripple the community, Thomas discovers a link between the victims. They were friends in school and bullied their classmates.

Is an old victim out for sweet revenge?

A pulse-pounding thriller and mystery that will keep you turning pages until late in the night. 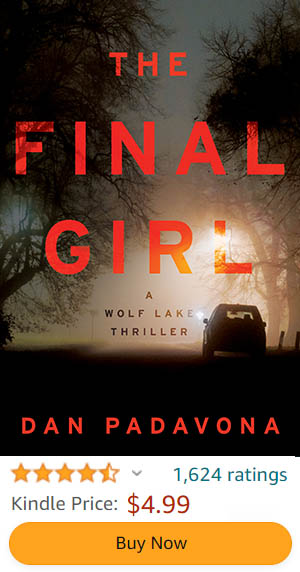 Sheriff Thomas Shepherd makes a macabre discovery – a dead woman in the forest. Another murderer is loose in Nightshade County.

When a mother and child vanish from their home, Thomas calls on the private investigators of Wolf Lake Consulting to aid his beleaguered deputies. But the murder unearths hidden memories from girlfriend Chelsey Byrd, and Thomas doesn’t want her anywhere near the investigation.

Soon Thomas discovers this isn’t the first time the murderer has killed. The sheriff is tracking a dangerous serial killer.

But Chelsey is hiding something from her past. If she doesn’t admit the truth, nobody will stop the killer.

A mystery and thrill ride that will give you nightmares. 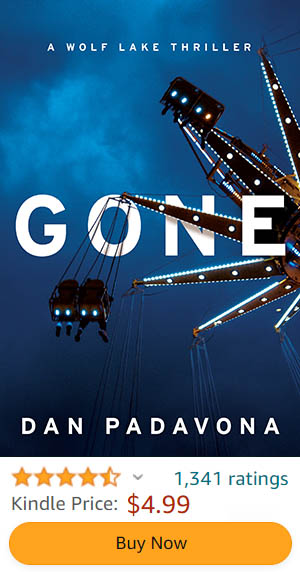 An amusement park should be a place of fun and memories.

But when a young boy disappears inside the park, the memories become nightmares.

After Hannah contacts Sheriff Thomas Shepherd to find her boy, Thomas digs into the woman’s past and finds skeletons in the closet. She’s hiding a deadly secret, one that might cost her child’s life.

Under growing scrutiny, Hannah stops at nothing to find the madman who took her boy. First, she must prove her innocence and trust the law enforcement community tasked with finding the kidnapper.

Desperate to get her son back, Hannah takes risks that could lead her into the psychopath’s hands. And the shocking truth behind the boy’s abduction could tear Hannah apart.

A page-turning thriller and mystery with an astonishing twist. 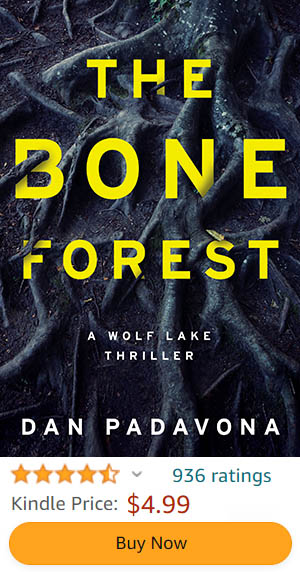 Someone is dumping bodies into a desolate forest pond near Wolf Lake.

When Karley doesn’t meet her friends at a concert, her husband reports her missing to the Nightshade County Sheriff’s Department. Years of experience have taught Sheriff Thomas Shepherd to suspect the spouse, and the husband doesn’t have an alibi for the night Karley disappeared. Suspicion grows when Thomas punches holes in the husband’s story that he and Karley have a perfect marriage. They don’t. He’s a twisted control freak intent on micromanaging his wife’s life.

Is the husband the same psychopath hiding victims in the pond? Where is Karley?

Thomas and private investigator Chelsey Byrd need to find Karley before she becomes the next victim.

But the killer is watching their every move.