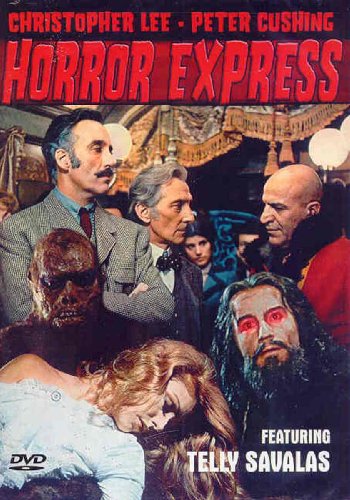 Show me a horror classic and I’ll show you a movie with excellent execution, regardless of the plot’s originality. Nothing particularly original happens in Horror Express, but everything is executed so well, from the conception of the beast, to the acting, effects, camera work, and music, that the movie achieves rank as a classic. Horror Express is an example of how a horror movie should be made – attention modern filmmakers.

A horror’s who’s-who comprises the cast for Horror Express, including Christopher Lee, Peter Cushing, and yeah, Telly Savalas. Who loves ya, baby?

As for the plot, an anthropologist (Lee) discovers an ape-like monster frozen in the ice of Manchuria. Believing the monster might be the Missing Link, he transports the beast by train across Siberia, hoping to bring the Missing Link safely back to Europe. But after the ice thaws… 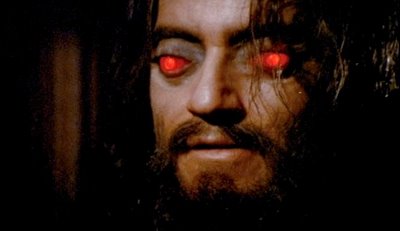 Savalas doesn’t arrive as Captain Kazan until the final act. But once he hits the screen as a Russian Cossack, he delivers a performance so powerful it is almost shocking. Arrogantly swilling vodka and ordering people around, you almost begin to believe Kazan will get the whole situation under control and lock the monster away in a Siberian prison. But things, as you might guess, are not so simple.