Today we’ll look at authors like Stephen King, talented horror writers you need to read before the entire world discovers them.

Some of these authors have already reached a high level of success and had their books optioned for movies. Other writers are flying under the radar, or swimming in the dark and swampy depths, waiting for you to dredge them up.

Paul Tremblay is one of my favorite new school horror writers, and I cannot say enough good things about him. Tremblay writes gripping, unique stories which make you think, even as they chill you to the bone.

On the surface, Tremblay’s masterpiece, A Head Full of Ghosts, is an eerie supernatural horror story, told from the perspective of Merry Bennett fifteen years after a priest performed an exorcism on her older sister.

As we delve deeper into the story, we begin to question what is real and unreal. A Head Full of Ghosts plunges us into the stormy waters of a New England family teetering on the brink of its own destruction, and when the story reaches its climax, Tremblay tears our hearts out.

Don’t believe for a second that Paul Tremblay is a one-trick pony. His novel, Disappearance at Devil’s Rock, is at-once frightening and heartbreaking, one of the most disturbing novels I’ve encountered in recent memory.

The late Jack Ketchum walked the tight rope between splatterpunk and thoughtful, literary horror. While the graphic contents of Ketchum’s stories were often shocking, he breathed life into complex characters and made us care about them. From Hide-and-Seek and Off Season to The Woman, Ketchum’s novels are an idyllic mesh of old drive-in movie horror and scholarly, poetic art.

Ketchum’s The Girl Next Door is the most-frightening novel I’ve read, so disturbing that I haven’t successfully forced myself to re-read this classic, despite it being my favorite horror novel.

Last spring, I didn’t know much about Matthew Brockmeyer, except that he’d written a successful horror debut, Kind Nepenthe, to strong reviews.

It took me until April 2018 to catch up to Kind Nepenthe, which I chose as one of my go-to beach reads while vacationing in Florida. Brockmeyer’s ability to pull readers into his characters immediately struck me, and though it was not clear what would befall them at book’s end, I could see the train hurtling off the tracks in slow motion from chapter one.

You might not know Matthew Brockmeyer’s name yet, but you will. Kind Nepenthe is a truly dark morsel of horror goodness, and the cataclysmic ending will leave you breathless.

I won’t stop recommending this novel until everybody knows Brockmeyer’s name. 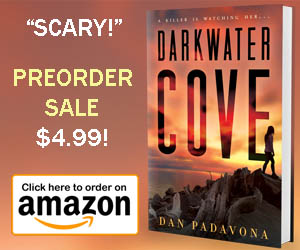 Jonathan Janz is a rather unique beast in the horror menagerie of authors like Stephen King.

Perhaps he is friend. Follow Janz on social media and you’ll discover a devout family man who, when he puts pen to paper, creates memorable and likable characters that remind us of people we care about.

Or perhaps he is fiend. When Janz goes for the jugular, the dripping gore he dreams up is enough to make Edward Lee and John Skipp nod with approval…before vomiting.

Jonathan Janz is one of horror’s fastest rising novelists. Whether you prefer the supernatural, gory horror of Exorcist Falls, or the incredible Children of the Dark, which meshes coming-of-age with slasher horror and an insane monster invasion, you can’t go wrong with a Janz novel.

Nick Cutter is the pen name of Craig Davidson, who also writes as Patrick Lestewka.

I can think of only one novel which frightened me almost as much as Ketchum’s The Girl Next Door, and that is Nick Cutter’s The Troop, of which Stephen King wrote, “The Troop scared the hell out of me.”

And for good reason.

From the moment a food-crazed maniac stumbles onto an uninhabited island temporarily occupied by a troop of boys learning to survive in the wilderness, The Troop is utterly relentless.

I don’t wish to spoil the story, but I’ll say Cutter’s body horror is top-notch and horrifying. The turtle scene delivered an emotional punch of pure anguish that I can’t get out of my head a year later.