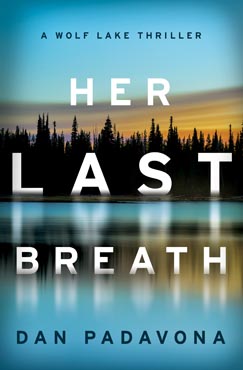 Because so many of you read Her Last Breath, we peaked in the Top-50 of Psychological Thrillers on Amazon. This is my first novel to reach these lofty heights, and I have my loyal readers to thank.

After he’s shot in the line of duty, Detective Thomas Shepherd returns to Wolf Lake to pick up the pieces of his shattered life. Living beside the water, he finds peace…until the body of a missing woman washes up on his shore and the town blames a teenage boy with a history of violence. Is a killer stalking the sleepy resort village?

Her Last Breath is the first book in the Wolf Lake Thriller series. The sequel, Fatal Mercy, hits Amazon on January 21st.

Thank you again for reading.