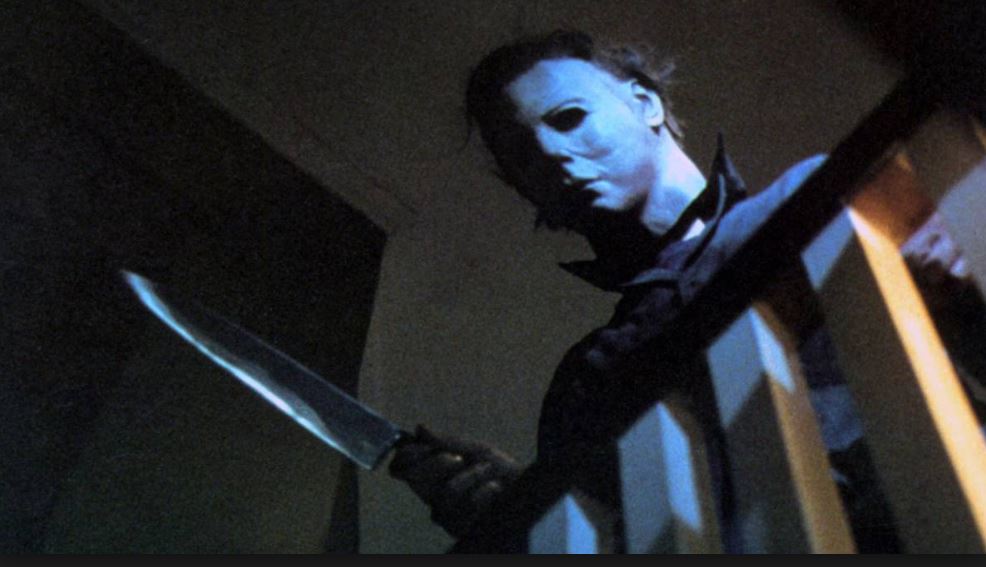 John Carpenter’s classic movie, Halloween, is considered the granddaddy of slasher horror movies and among the most successful independent films of all time. Despite its bare-boned budget, Halloween shocked  audiences with chilling scenes, though it remains one of the least gory slasher movies of the late seventies and early eighties. Released in 1978, the movie spawned numerous sequels, remakes, and imitators.

The movie’s plot is shallow at the surface, but the deep character portrayals and expert direction set Halloween above its competitors. The story centers on a group of teenagers in a small Illinois town on Halloween night, when they are terrorized by escaped mental patient Michael Myers, who had murdered his older sister as a child.

John Carpenter’s direction and writing were integral to the film’s success, utilizing creative and suspenseful editing and eerie piano and synthesizer music. The soundtrack is as recognizable as the movie itself. Carpenter plays with the audience’s expectations, often subverting the traditional horror tropes. For example, when Laurie is walking home from school, she is stalked by Michael Myers. The audience expects an attack, but instead the psychopath observes Laurie, creating a slow build of suspense and terror, not to mention the classic jump scare when the sheriff pops out from behind the bushes.

Laurie conveys strength and resilience throughout the movie. Donald Pleasence gives an outstanding performance as Doctor Loomis, playing his role with a sense of urgency and paranoia.

Halloween grossed over $70 million in the US alone and spawned the slasher genre, establishing the tropes that would become commonplace in future movies. The success of Halloween set off a firestorm of horror movies and gave birth to the slasher genre. To this day, John Carpenter’s classic serves as inspiration to modern horror, as well as slasher horror fiction classics like “The Face of Midnight.”

And now we bring you 12 facts about Halloween that you never knew.

Donald Pleasence was a last-minute replacement

The role of Dr. Loomis, the psychiatrist who proved to be the foil for “The Shape” Michael Myers, was first offered to Peter Cushing. Cushing declined, and Carpenter approached Pleasance, who worked on the film for only nine days. Pleasance’s skittish, paranoid performance as the killer’s therapist is iconic and makes one wonder how successful Halloween would have been with Cushing.

Halloween was shot in only 21 days

Budget constraints forced John Carpenter to shoot the entire movie in 21 days. Perhaps the time constraints proved a rallying point for the cast, because the director overcame the barebones budget to produce an all-time classic horror movie.

Do you know John Carpenter has a talent for music? The iconic, minimalist piano and synthesizer theme are Carpenter and Hill’s creation, and they performed the music. Interestingly, advance-screening audiences who first viewed the film without the music track found the movie dull. After Carpenter added the soundtrack, audiences described the movie as terrifying.

Halloween was shot in Southern California

Sorry to ruin Christmas for you, but Haddonfield is a fictional town, and Halloween was shot in beautiful Southern California, not Illinois. To create the autumn setting, crew members painted leaves. Talk about a tedious process. 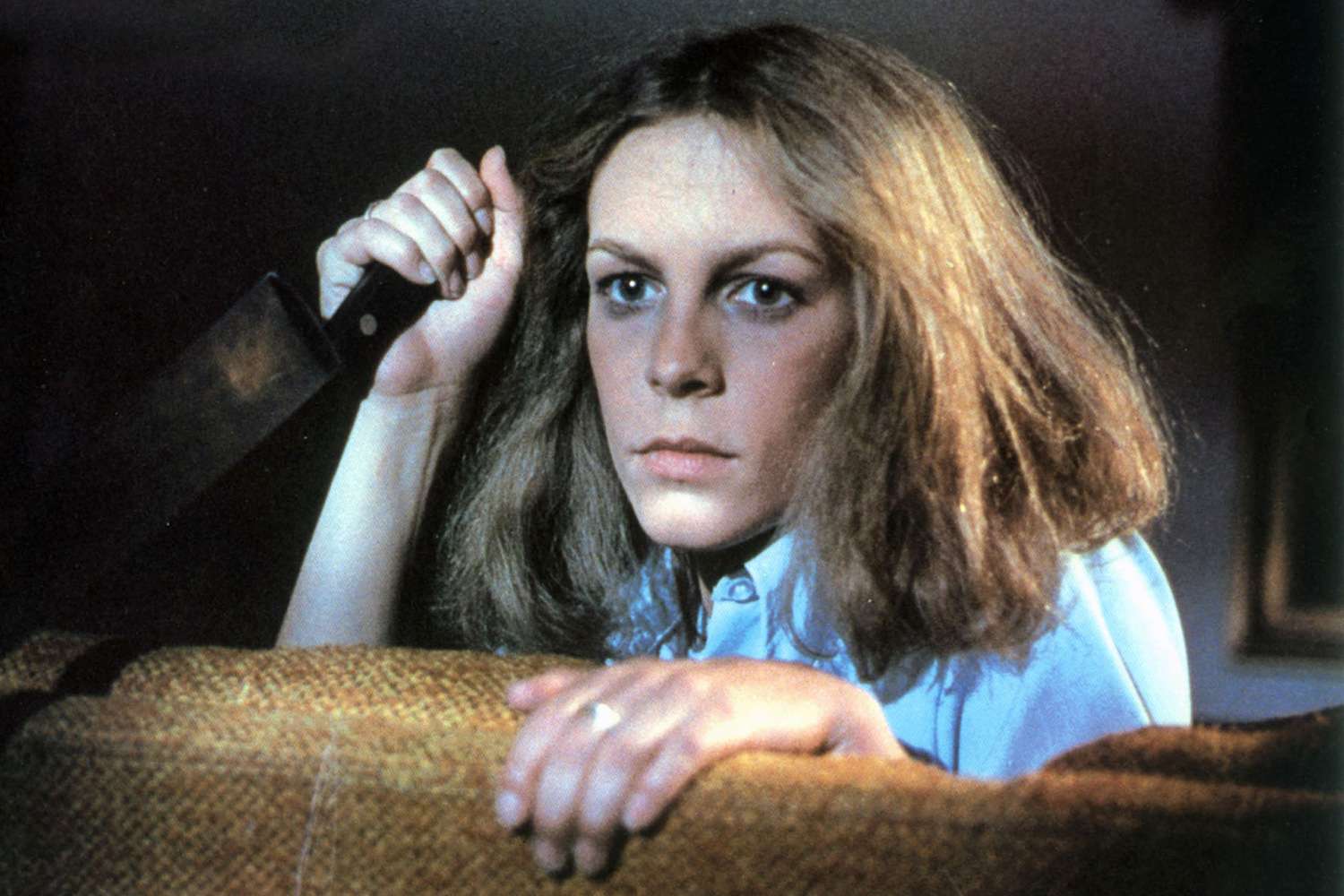 Jamie Lee Curtis was only 19 in Halloween

Jamie Lee Curtis, the real life daughter of Janet Leigh (Psycho), was only 19 when she debuted as Laurie Strode. Halloween’s success launched her career, initially as the most successful scream queen in horror cinema. Curtis went on to star in the horror classic The Fog and Prom Night, building upon her resume. Eventually, she won starring roles in comedies, dramas, and action movies, further cementing her legend.

Numerous movie studios rejected Halloween and Carpenter’s script, seeing no chance for the movie to attain success. It was only after Carpenter and Hill convinced independent film producer Irwin Yablans to back the project that Halloween saw the light of day.

The film was originally titled The Babysitter Murders

Carpenter originally titled the film The Babysitter Murders, but the studio rejected the title (thankfully), citing it sounded too crass and predictable and would turn off potential viewers. They were correct. See? Even John Carpenter isn’t perfect.

The iconic mask was purchased for just $3

John Carpenter originally intended for Michael Myers to wear a clown mask. That was until he saw the mask his crew had purchased for only $3 at a Hollywood costume shop and painted white. In case you didn’t know, that mask the team purchased is Captain Kirk’s face. Which makes us wonder what would have happened if Carpenter cast William Shatner as The Shape.

The film was originally rated X

My, how times have changed. Due to Halloween‘s gratuitous violence and gore, the Motion Picture Association of America rated Halloween X. They later backtracked and changed the rating to R after Carpenter altered the movie and removed some of the gore.

The film was shot in chronological order

Many directors shoot scenes out of order to save on budget, but Carpenter and his team filmed Halloween chronologically, believing this technique would immerse the actors and help them react appropriately as tension built toward a crescendo. This made the editing process longer but better prepared the actors for each scene.

Carpenter rewrote Halloween after the original script proved too comedic for Carpenter’s vision. Though slasher movies like Scream eventually integrated gripping terror with comedy, 1970’s horror was gritty and intense. There was no room for comic relief in a movie this horrifying.

The iconic opening scene was shot in one take

The memorable opening scene of Halloween is a staple in horror history. What you may not know is the scene was shot in one take using a Steadicam. Don’t believe me? Watch the beginning of Halloween, from the opening frame to the murder. There isn’t a single cut as the POV camera enters the house, climbs the stairs, dons the clown mask, and breaks into the sister’s room. Even the murder occurs without a camera switch. By the way, that’s Debra Hill’s hand holding the knife.

If you love Halloween, you could read something horrific by this great writer called Dan Padavona! If you’re looking for authors who combine thrills with heart-pounding suspense, give Dead and Buried a try. I’ve made Dead and Buried free to download, so get ready for some serial killer thrills and chills.