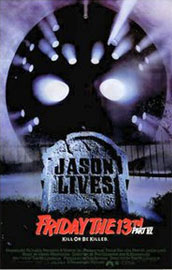 In 1984, director Joseph Zito made a curious decision to kill Jason Vorhees in Friday the 13th Part 4: The Final Chapter. Actually, he didn’t just kill Jason; he had Tommy Jarvis (Cory Feldman) chop Jason into a million pieces. That pretty much ended the legend of Jason.

In 1985, Friday the 13th Part 5: A New Beginning, under director Danny Steinmann, attempted to reboot the franchise with a faux-Jason killer to mixed results.

It was clear the horror viewing public still had an insatiable craving for Jason Vorhees, so Hollywood simply decided to bring the masked murderer back to life. Enter Friday the 13th, Part 6: Jason Lives (1986).

People do weird things in horror movies. Although Jason Vorhees is dead, Tommy Jarvis is still haunted by the psychopathic killer. So Tommy gets the bright idea to go to the cemetery, dig Jason up, and…uh…kill him some more. Keep in mind that Tommy just escaped from a mental institution, which might explain his poor life choices. Wouldn’t you know it – no sooner does Tommy dig up Jason than a freak bolt of lightning strikes. And as we all know from science class, or at least from Frankenstein, lightning brings the dead back to life. 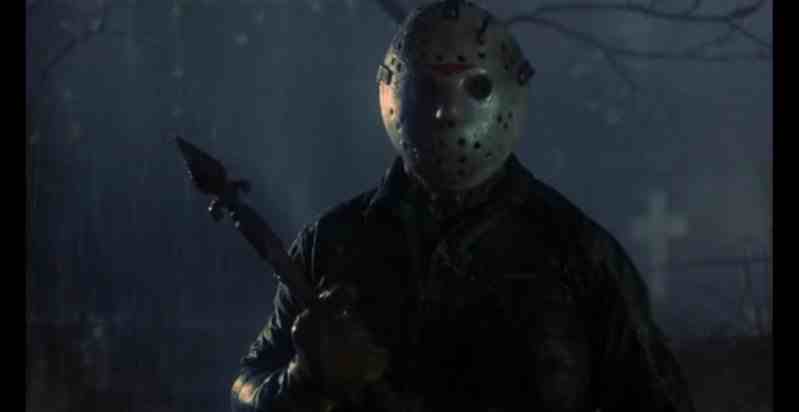 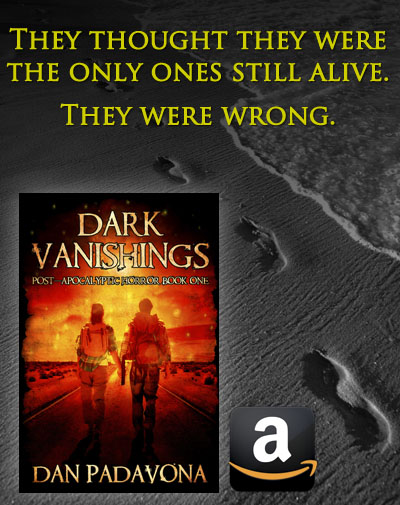 It just so happens that Camp Crystal Lake has been re-opened and re-named just up the road from the cemetery. Jason heads off to camp to massacre some more innocents, while Tommy races to the authorities (his first good move since Part IV) to warn them. The problem is the authorities don’t believe Tommy’s story of Jason coming back from the dead, and seeing that Tommy is an escaped mental patient, they lock him in a cell. And since every hero needs a love interest, the movie introduces Megan (Jennifer Cooke), the sheriff’s cute daughter, and her camp counselor friends. Megan and Tommy take a liking to each other, and eventually it is up to them to save the camp from the resurrected mass murderer.

As with all of the Friday films after Part 4: The Final Chapter, every scene is simply a setup for the next character to get killed in some new and interesting way. Although jaded critics will argue none of the Friday films cared much about things like character development, the first two did an admirable job at developing characters, and Parts 3 and 4 did a decent enough job. At least Tommy and Megan spend enough time on the screen that we can cheer for them. 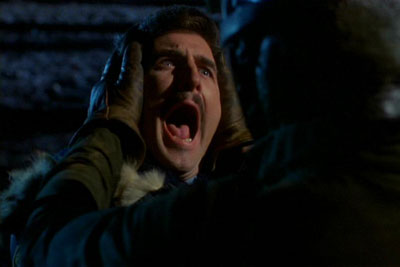 Jason Lives, despite its campy (no pun intended) plot, is actually a very good slasher. After Parts 1 and 2, I rank Friday the 13th Part 6 right up there with Parts 3 and 4 for “best of the rest” in the Friday the 13th movie series. The graveyard scene is suitably creepy, as is one of the cabin scenes when Jason sneaks in to where the young kids are sleeping. The typical Friday music and kill-kill-kill-ma-ma-ma effect gets jazzed up, as well, with some of the music clearly inspired by Dies Irae. All-in-all, not a bad effort. Like many horror fans, I was happy to see Jason back on the screen.