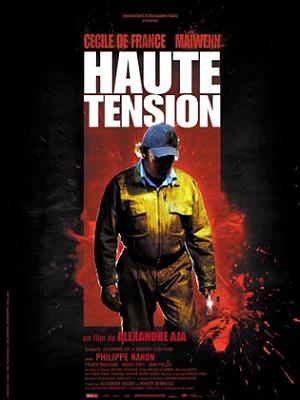 Be prepared to be blown away.

Alexandre Aja’s Haute Tension (2003), which translates in English to High Tension, is a European slasher from the post-Scream era. Unlike the watered-down self-aware horror that followed in Scream’s footsteps, Haute Tension ran screaming back to the roots of slasher horror. The end result is a movie which is utterly unforgettable for its tension and brutality…and for one of the most controversial movie swerves I have ever encountered.

So polarizing is the plot twist that many would-be Haute Tension supporters turned their back on the movie, while others embraced it for its originality. It seems either you absolutely love or despise Haute Tension.

Don’t worry. I’m not going to spoil the swerve for you. Let’s jump into the setup. But be careful where you step – there will be lots of blood.

The movie opens with Marie (Cecile De France) careening through a forest, bloodied and battered. She is rescued by a passing driver, and then the movie flashes back in time to the horrific events which led to Marie’s bloody rescue.

Marie sits dreaming in the passenger seat, as her best friend, Alex (Maiwenn Le Besco), drives through rural France toward her parent’s house. Marie comes awake and tells Alex of a bizarre dream in which Marie was stalking herself.

Not far from Alex’s home, a van is suggestively rocking alongside a cornfield. As quickly as we decide some rather heated sex is occurring inside, the window opens, and a severed head is tossed out. So I guess it wasn’t quite sex that was occurring inside the van. The same van follows the girls to their destination. 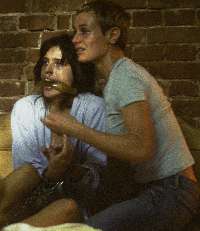 The scene shifts to nightfall, and Haute Tension explodes with unrelenting horror. The madness begins when Alex’s father answers a knock on the door. The killer from the van puts the claw end of a hammer into his skull. In one of the most terrifying gore sequences from any movie I’ve seen, the killer wedges the father’s head  between the bannisters and bashes him with a drawer chest, decapitating him in a volcanic eruption of blood. Wow. The murders that follow are not much less intense.

A cat-and-mouse chase begins between the murderer and Marie, who realizes the lunatic has stolen Alex and tossed her into the back of his van. The ensuing chases through the countryside are heart-pounding, as we root for Marie to somehow free Alex from the monster driving the van.

Haute Tension is not just a throwback to the golden era of slasher horror from the 1970s and 1980s; it is a near-perfection of the sub-genre, a movie so shocking that to see it is to never forget it. Eschewing party slashers such as the Friday the 13th series, Haute Tension channels the brooding horrors of Texas Chain Saw Massacre (1974) and Just Before Dawn (1980), then cranks the volume to eleven. 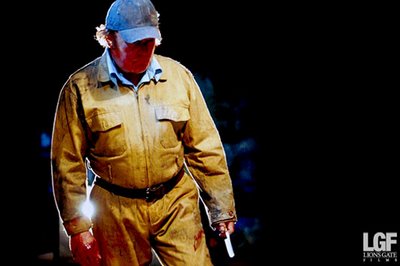 How you feel about the crushing plot twist determines whether you consider Haute Tension a classic achievement among slashers or an overindulgent wannabe. And since I’m not going to discuss the swerve and let you decide for yourself, my critical analysis of the twist ending must conclude here.

Though only a few people have mentioned it, I have another criticism of Haute Tension – its striking resemblance to Dean Koontz’s Intensity. Granted, Haute Tension and Intensity diverge significantly during their final acts. But the preceding acts and many of the set pieces seem very similar, so much so that the glaring similarities are even noted in the High Tension Wikipedia entry. If you haven’t read Intensity (and you absolutely should), get yourself a copy and compare the main plot points with those of Haute Tension. Decide for yourself. 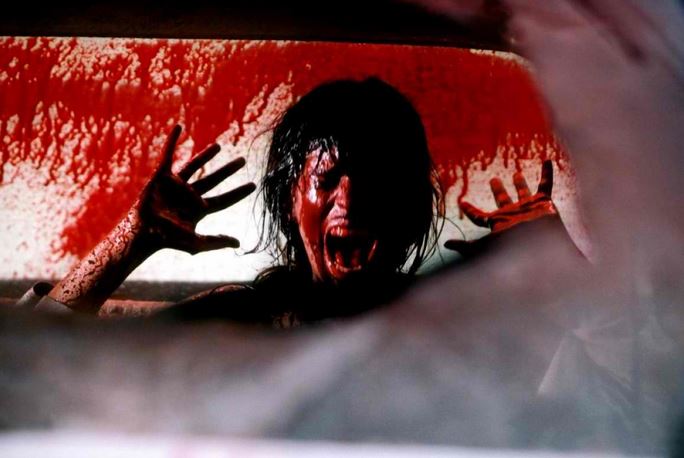 Haute Tension is horror in the vein of Maniac, Halloween, and Black Christmas. The movie is as unforgiving for its love of gore as it is for its swerve ending. I admit to being greatly angered by the plot twist when I first saw it. But even so, I cannot look past how incredible a ride the movie took me on through its first two acts. As the name says, the tension is high from start-to-finish.

Don’t let me make up your mind for you. Grab the Blu-Ray and decide for yourself if this controversial slasher is a classic. Either way, you will never forget this movie.