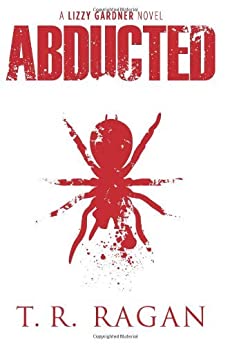 Amazon’s Kindle Unlimited is a subscription service which allows readers like you and me to devour an unlimited number of books for a flat monthly fee of $9.99. While not every published thriller is available through Kindle Unlimited, more books are added every month. Even traditionally published authors like Dean Koontz are now making their thrillers part of the Kindle Unlimited program.

Today I’m bringing you six must-read thrillers which are free to read through Kindle Unlimited. These heart-pounding stories will keep you reading late at night, so plan on lost sleep!

If you want more recommendations for creepy thrillers that you can read free in Kindle Unlimited, check out the heart-pounding Darkwater Cove series. But don’t read them after dark! 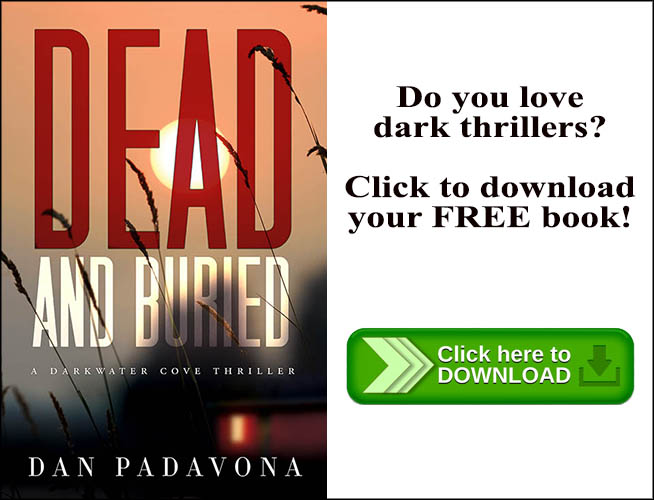 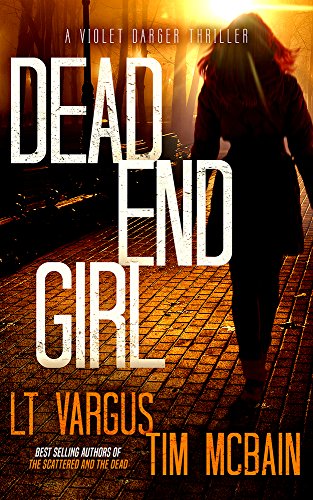 If you cut your teeth on Criminal Minds and the Thomas Harris Hannibal Lecter novels, you’ll feel right at home with Dead End Girl. This hair-raising thriller follows two FBI Behavioral Analysis Unit profilers hunting a madman with a penchant for dismembering his victims.

Her body is broken. Wrapped in plastic. Dumped on the side of the road. She is the first. There will be more.

The most recent body was discovered in the grease dumpster behind a Burger King. Dismembered. Shoved into two garbage bags and lowered into the murky oil.

Now rookie agent Violet Darger gets the most important assignment of her career. She travels to the Midwest to face a killer unlike anything she’s seen. Aggressive. Territorial. Deranged and driven.
Another mutilated corpse was found next to a roller rink. A third in the gutter in a residential neighborhood.

These bold displays of violence shock the rural community and rattle local law enforcement. Who could carry out such brutality? And why?

Unfortunately for Agent Darger, there’s little physical evidence to work with, and the only witnesses prove to be unreliable. The case seems hopeless. If she fails, more will die. He will kill again and again.

The victims harbor dark secrets. The clues twist and writhe and refuse to keep still. And the killer watches the investigation on the nightly news, gleeful to relive the violence, knowing that he can’t be stopped.

Don’t Lie to Me – Willow Rose 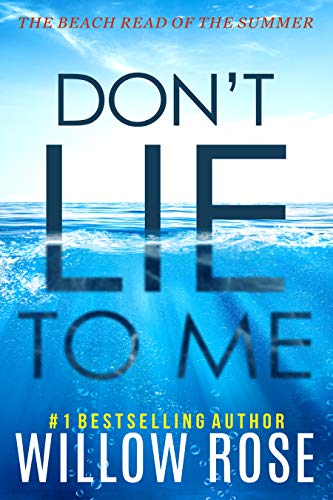 Bestselling author Willow Rose deftly straddles the line between dark thrillers and classic horror. Her novels drip with suspense, and Don’t Lie to Me is no exception. The first entry in the Eva Rae Thomas mystery series tells the tale of a locally famous teenager who turns up dead. Full of twists and Turns, Don’t Lie to Me is the perfect beach read for fans of dark thrillers.

Three months later, her body is found inside her sleeping bag in the most frequented area of Cocoa Beach, and the town is outraged.

The girl isn’t just any child. She’s the town’s most beloved surf idol, and it was believed that she could be the next Kelly Slater.

As another child, the son of a well-known senator is kidnapped, and the parents receive a disturbing video, FBI profiler Eva Rae Thomas — who has just returned to her hometown, divorced and out of a job — plunges into the investigation, breaking her promise to her children not to do police work again.

With her old flame Matt Miller in charge, local law enforcement are the ones who ask for her help in a case so unsettling that only she can solve it. But the deeper they dig, the deadlier it becomes for Matt and Eva Rae.

Soon, everyone she holds dear is in grave danger as this case hits a little too close to home.

When a headless corpse washes ashore outside Deputy Thomas Shepherd’s lakeside home, he’s thrown into a maelstrom. A serial killer is loose in paradise. The psychopath stalking Wolf Lake brings to mind Thomas Harris’s Dolarhyde from Red Dragon. Her Last Breath is a terrifying mystery with an intriguing hero – a sheriff’s deputy with Asperger’s syndrome.

After he’s shot in the line of duty, Detective Thomas Shepherd returns to Wolf Lake to pick up the pieces of his shattered life. Living beside the water, he finds peace…until the body of a missing woman washes up on his shore and the town blames a teenage boy with a history of violence. 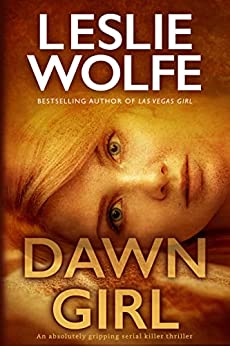 While the title of Leslie Wolfe’s Dawn Girl draws obvious inspiration from Gone Girl by Gillian Flynn, the comparisons stop there. When a group of teens sneak out to watch the sunrise at a local beach, they discover a dead woman strung up like a marionette. The story takes off from there.

Wolfe crafts a masterful serial killer thriller and focuses on FBI Agent Tess Winnett, a brilliant investigator with a troubled past.

Her beautiful face is caught in the final moment of death, lips slightly parted where the last breath escaped. Her unseeing blue eyes are wide and fearful. A few flecks of sand, sparkling in the morning light, cling to her long, dark lashes.

Who is the beautiful girl found dead at dawn, on a deserted stretch of golden sand? What is her secret?

FBI Special Agent Tess Winnett searches for the answers to the baffling crime and with each step, each new clue uncovered, she unravels more unsettling facts that lead her to a single possible conclusion: Dawn Girl is not the first. Her killer has done this before.

Hiding a terrible secret of her own, Tess must face her innermost fears, in a heart-stopping race to catch a killer who’s getting ready to strike again. But can she find him in time and prevent another murder? And even if she does, what will the personal cost be?

The rules of the game have changed. And so now, has the definition of a serial killer.

Special Agent Tess Winnett is the bold, direct, and short-fused heroine of Dawn Girl. Putting her life on the line, she doesn’t pull any punches as she searches for the truth, and for the man who is taking lives on her watch. Intelligent, resourceful, and uncompromising, Tess will take readers on a memorable, white-knuckled journey in this suspenseful and gripping psychological thriller.

If spiders terrify you, you might want to run in the opposite direction. Fast.

Abducted was the first thriller I read by T.R. Ragan, and I loved it so much that I raced through the entire Lizzy Gardner series in a matter of weeks.

As a child, Lizzy was abducted. But the authorities never caught the kidnapper. Now a serial killer is loose in Lizzy’s city, and she begins to believe her past is catching up to her.

When Lizzy Gardner was only seventeen, what should have been the perfect night became the perfect nightmare. Kidnapped just blocks from home after a romantic evening with her boyfriend, Jared, she woke up to find herself at the mercy of a depraved serial killer. Imprisoned and tormented for months by the maniac she came to know as Spiderman, Lizzy narrowly escaped, the only one of his victims to survive. But Spiderman escaped too, outwitting police and cursing Lizzy to spend her life looking over her shoulder…

Fourteen years later, Lizzy is a private investigator who teaches self-defense to teenage girls in her free time. She does what she can to help others protect themselves and to forget the horror of her ordeal, yet fears she will always be known as “the one who got away.” Then she receives a phone call from Jared, now a special agent for the FBI, with grim news. The killer has resurfaced, this time with a very specific target—Lizzy. And he’s made it clear that she will not escape him again. So begins a chilling game of cat-and-mouse, a terrifying, heart-pounding hunt that only one will survive. 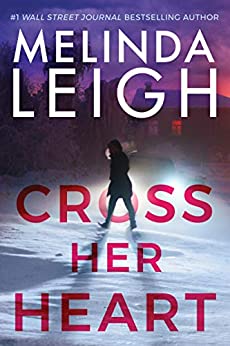 Having enjoyed her Morgan Dane series immensely, I couldn’t wait for Melinda Leigh to release the first book in the new Bree Taggert series. If Cross Her Heart is any indication, Leigh’s latest thriller-mystery series will top the Amazon charts for months.

When Philadelphia homicide detective Bree Taggert’s sister is murdered, she returns home to catch the killer. But Taggert’s history of family violence follows her like a dark cloud, and the local sheriff seems set against her.

For more than twenty-five years, Philadelphia homicide detective Bree Taggert has tucked away the nightmarish childhood memories of her parents’ murder-suicide…Until her younger sister, Erin, is killed in a crime that echoes that tragic night: innocent witnesses and a stormy marriage that ended in gunfire. There’s just one chilling difference. Erin’s husband, Justin, has vanished.

Bree knows how explosive the line between love and hate can be, yet the evidence against her troubled brother-in-law isn’t adding up. Teaming up with Justin’s old friend, former sheriff’s investigator and K-9 handler Matt Flynn, Bree vows to uncover the secrets of her sister’s life and death, as she promised Erin’s children. But as her investigation unfolds, the danger hits close to home. Once again, Bree’s family is caught in a death grip. And this time, it could be fatal for her.

If you enjoy these thrillers, I’m sure you’ll love my bestselling Wolf Lake series (available through Kindle Unlimited). I invite you to preview my latest releases on Kindle.

Cruel World by Joe Hart
Who's the Doofy Guy on YouTube?
Madman