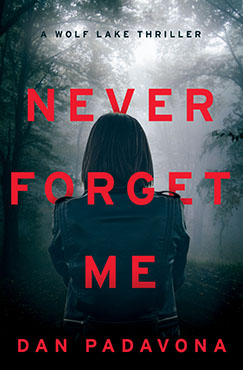 Never Forget Me, book seven in the Wolf Lake psychological thriller series, went on sale on Amazon this Friday. Everyone loves a good scare, and the Wolf Lake series continues to deliver the chills and thrills it flashed in the series debut, Her Last Breath.

As the tagline states, Revenge is a dish best served cold.

Need to catch up on the bestselling Wolf Lake psychological thriller series? Now is a great time, with the Kindle e-books priced at only $4.99.