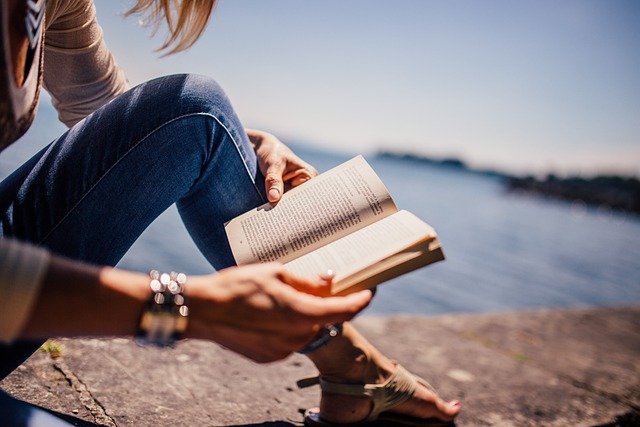 Summer is over, but the reading season is heating up. With Halloween around the corner, it’s time for our favorite page-turner thriller books, all available on Kindle and many free to read through Kindle Unlimited.

What is a page-turner? These are stories which are impossible to put down. One page pulls you to the next. You promise yourself you’ll go to sleep after you finish the next chapter. Two hours later, you’re still reading and loving every thrill and chill. Sound your like cup of tea? 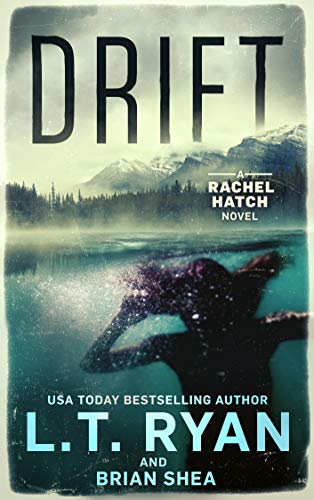 In the first entry in the Rachel Hatch series, ex-Army criminal investigator Rachel Hatch returns to her hometown after her sister’s tragic drowning.

But Hatch doesn’t believe the drowning was accidental. When she teams with the local sheriff to investigate, the case falls apart and puts both in the crosshairs of a killer. To catch her sister’s murderer, Hatch must rely on her military training and expertise.

A breathtaking thriller that will keep you engrossed and turning pages late at night. 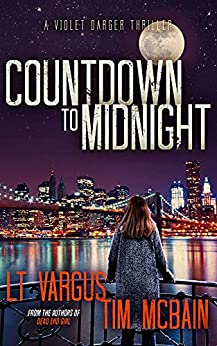 The Violet Darger series by LT Vargus and Tim McBain epitomizes the page-turning serial killer thriller. The eighth book in the series (these books may be read in any order) sees FBI profiler Violet Darger in New York City, desperately trying to stop a serial bomber.

Every eight hours, another explosion claims innocent victims. All Darger has to go on is a twisted journal the killer leaves scattered in pieces around the city. Each entry contains clues about the next bomb. Can she decipher the madman’s logic in time?

One of the very best novels in the Violet Darger series. 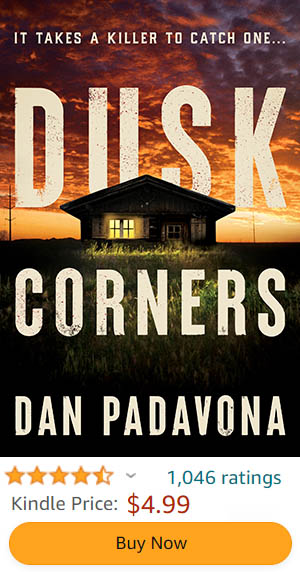 A corrupt senator set up FBI profiler Logan Wolf for his wife’s murder. Since then, Wolf has sought revenge by hunting the country’s most dangerous criminals, while staying one step ahead of law enforcement.

On the high plains of West Texas in a place known as the Devil’s Rock, a psychopath catches innocents on the backroads and butchers them, leaving a trail of victims. When Wolf travels to the Devil’s Rock, he encounters a monster unlike anything he’s faced.

The entire series, including Dusk Corners, is available to read for free in Kindle Unlimited. 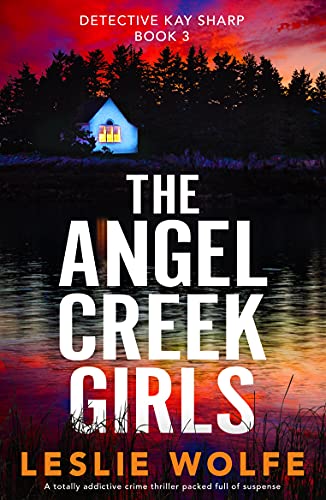 The third book in Leslie Wolfe’s tense Kay Sharp series follows a brutal murder investigation. In a sleepy mountain town, a mother of three hears knocking on the door during a storm. Answering the door invites unspeakable horror inside.

Detective Sharp understands the killer must be stopped. The madman attacked the mother in front of her three daughters.

A serial killer is preying upon the small town, but the truth surrounding the mystery is too strange for Sharp to comprehend. Is someone making human sacrifices to satisfy a demented god?

The Angel Creek Girls is a page-turning thriller you won’t be able to put down. 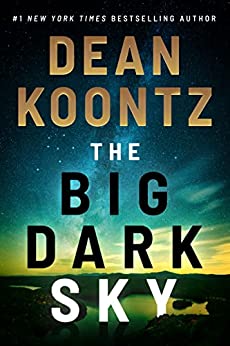 After overcoming childhood tragedy, Joanna Chase has only vague memories of her past. Then a series of strange and disturbing messages assail her – some through the phone, others through the television, and still more in her dreams.

She returns to the Montana ranch where her life fell apart. But she isn’t alone. Strangers arrive, all troubled by similar messages.

Outside the ranch, a psychopath believes mass murder is the only path to a safer future.

The strangers must come together and encounter the madman before his vision comes to fruition. If they fail, the world will die. A thriller like no other from the master of dark suspense, Dean Koontz. 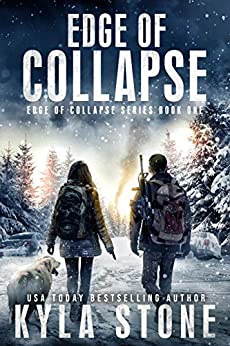 A woman held against her will by a psychopathic police officer escapes into the wilderness just as an EMP knocks out the country’s power and communications grids. The world has collapsed. She must struggle through the Michigan wilderness in the heart of winter to reach safety.

But everything the woman knows has changed. She hasn’t seen her child since the abduction. Will the boy remember her?

The kidnapper is relentless. An experienced hunter, he follows her tracks through the snow. It will take all her will to survive. And with the country in a state of chaos, there’s no one coming to help. You’ll turn the pages fast enough to burn out your Kindle. 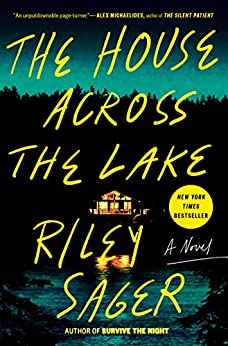 The House Across the Lake – Riley Sager

Casey Fletcher, a widowed actress, seeks peace in Vermont as she attempts to pull her life together. She forms a strange addiction: spying on her neighbors Katherine and Tom through a pair of binoculars as she drinks her troubles away.

After Casey saves Katherine from drowning, the two become close. Katherine’s marriage to Tom isn’t as perfect as it seems.

But there’s a darker secret Casey hasn’t discovered. That secret could kill her. 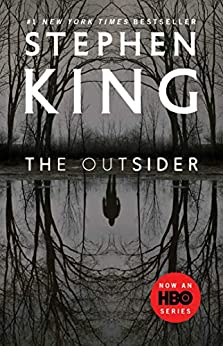 From the master of horror and suspense comes the chilling tale of evil’s changing face.

When a young boy is raped and murdered in the village park, the police suspect the child’s baseball coach, Terry Maitland. His DNA is all over the park, and multiple witnesses place him at the scene of the crime. But Maitland swears he was out of town and has video evidence to back him up.

As the district attorney fights to imprison Maitland, the plot thickens. Evil has many faces. Can it choose the one it wears?

A terrifying page-turner that will forever change the way you look at faces. 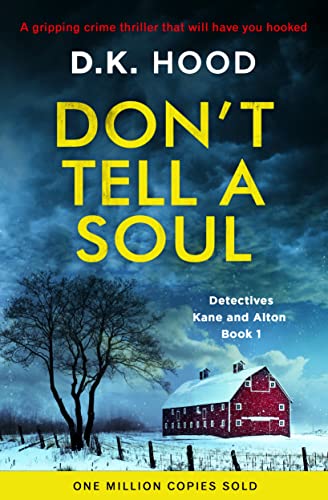 Detective Jenna Alton and deputy David Kane investigate a murder when a dead body is discovered at the city dump. The victim is one of two missing women, and Alton fears the second may be the next to show up dead.

Nobody in the town of Black Rock Falls will admit to knowing anything about the murder, and Alton believes someone is hiding secrets from her.

The case leads to a trail of missing women from years ago. As Alton digs deeper into the case, someone follows her. Is she the killer’s next target?

A spellbinding thriller that will make you afraid of your own shadow. 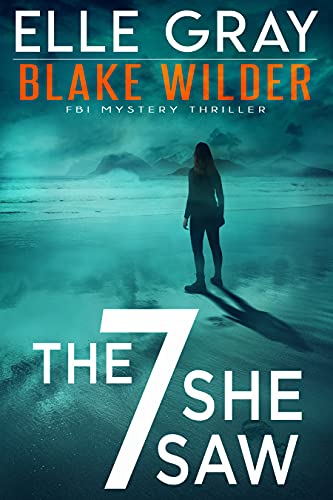 Fourteen years ago, Blake Wilder found his parents dead. Now she’s an FBI agent hunting down the truth behind the slayings.

When the FBI sends Wilder to the seaside town of Briar Glen, she finds three murdered women. The pattern follows a string of seven murders from seven years ago.

The more secrets she uncovers, the more disturbing the investigation becomes.

A heart-pounding page-turner that straddles the line between thriller and psychological horror.

We’re confident you’ll find several new reads on this list to kep you turning pages late into the night.

If you really want to freak yourself out, you could also read something by this great (and demented) writer called Dan Padavona! If you’re looking for authors who write page-turning suspense, give Dead and Buried a try. I’ve made Dead and Buried free to download, so get prepare for some serial killer thrills and heart-pounding horror.