Five suspenseful Kindle thrillers that will leave you breathless

With the holidays fast approaching, it’s time to dive into our favorite suspense thrillers on Amazon Kindle. If you are a Kindle Unlimited subscriber, many of our selections can be read for free! Ready for our top five page-turning thrillers? Let’s get right to the list. The victims lie naked and dead in the woods. A single bullet through their skulls.

With the aid of the local sheriff, FBI Agent Ricki James hunts a ghost-like serial killer through the woods. The murderer can’t be found, and he blends into society – a wolf in sheep’s clothing.

But when James spots similarities between the victims and herself, she becomes a target. The murderer taunts the agent, daring her to follow him into his killing fields.

Now her loved ones are in danger. James must stop the killer before someone she cares about becomes his next victim.

A tense, suspenseful thriller that will keep you turning pages until the climax.

After surviving a near-fatal shooting, Thomas Shepherd returns from California to his hometown in the Finger Lakes. He accepts an entry-level deputy position with the county sheriff’s department, hoping to stitch his life together.

The ghosts of Thomas’s past return to haunt him – an unsupportive family, a former love who has put their relationship behind her, and the aging sheriff, a man who once mentored Thomas, is nearing retirement.

Then a headless woman floats ashore outside Thomas’s home. Is a serial killer praying on the people of Wolf Lake?

The murderer stalking paradise won’t relent until he fulfills his twisted vision. To catch the killer, Thomas must form allies, old and new, if he hopes to survive.

But he has a bigger problem now. He’s the killer’s next target.

A suspenseful thriller available to read for free through Kindle Unlimited. In the first novel in the Stella Knox Mystery and Suspense series, FBI agent Knox seeks revenge on the corrupt police officers who murdered her father. She’s fresh out of Quantico when the FBI sends her to Tennessee.

Three teenage boys lie dead. There seems to be no connection between the boys, and the investigators can’t find any evidence at the scene except for a disturbing smiley face drawn beside two of the victims. Why not the third?

Is a serial killer hunting teenage boys in Tennessee? 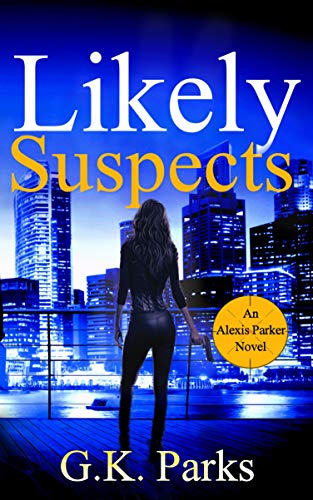 Despite the FBI misstep, she can’t stay away from investigative work. After becoming a detective, she helps James Martin, a wealthy playboy CEO with too many enemies. Someone wants to murder him.

Her investigation leads her to Martin’s technology business. Then the building explodes before Alexis determines who the madman is.

The closer she gets to the murderer, the more she puts her life at risk.

A gripping mystery and thriller that drips with suspense. 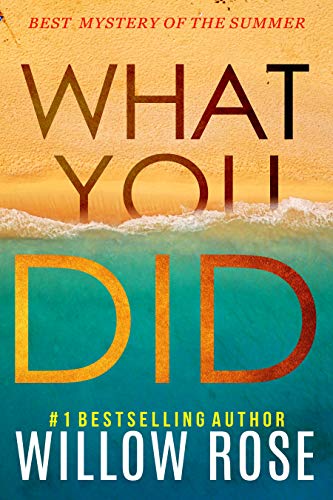 What You Did – Willow Rose

In the second book in Willow Rose’s heart-stopping Eva Rae Thomas series, three girls vanish from their high school on prom night, including the prom queen.

Still pursuing her missing sister, Thomas joins forces with boyfriend Matt Miller, a local detective, to find the missing teenagers. But nobody has seen the girls since they exited the dance, and no one is talking.

Then Thomas finds a dead teen in her backyard. This is a message.

Not only is she tracking the killer, he’s hunting her.

A mystery and thriller with stomach-twisting suspense.

Did you find a new favorite thriller on our list? We hope you did. Don’t forget to download a free suspense thriller from bestselling Amazon author Dan Padavona. You can read the e-book on your favorite device, including Kindle, Nook, Kobo, phone, and tablet.