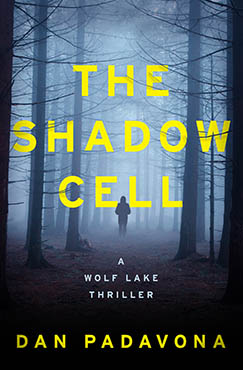 Suspense and thriller author Dan Padavona has released The Shadow Cell, the sixth book in the Wolf Lake thriller series. Early reviews prove this is the most chilling entry in the six-book series.

The Shadow Cell focuses on Deputy Veronica Aguilar, who is mentally recovering after shooting a corrupt and murderous police officer in the previous entry, I Know Your Name. When a madman abducts a child from his bedroom, Sheriff Thomas Shepherd and Aguilar race to learn the killer’s identity.

But the killer is watching Shepherd and Aguilar. After the FBI arrives, the case garners national attention. This only infuriates the killer, who sets his sights on the sheriff and his deputy. I dare you to read this one at night.

Need to catch up on the bestselling Wolf Lake psychological thriller series?