If you love to listen to serial killer thrillers on audiobook, this is the news you’ve been waiting for. The first seven books in Dan Padavona’s hot-selling Scarlett Bell thriller series are available on Audible and iTunes. Produced by the award-winning narrator Connie Shabshab, these chilling thrillers will keep you up to all hours of the night. 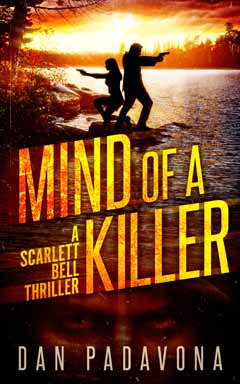 The last three audiobooks in the series are pegged for release by January 2022, with two audiobook box sets to follow.

Scarlett Bell’s popularity has endured since these serial killer thrillers were first released in 2018, with the beloved FBI agent and Behavioral Analysis Unit profiler appearing in the Wolf Lake series. Now Connie Shabshab brings new life to the characters and offers amazing performances in every audiobook.

Another girl goes missing, and the special agent must stop the killer before time runs out. But the killer is a ghost, a phantom hiding in plain sight, and Scarlett must untangle a confusing web of evidence if she hopes to track him down.

If she fails, the girl dies. The body count will grow.

I encourage you to check out my entire catalog of thriller audiobooks.

Her Last Breath Hits Top-50 in Psychological Thrillers
12 Facts about John Carpenter's Halloween that will shock you
Friday the 13th Part 6: Jason Lives (1986)