“How do you spell that word, psychotic?” 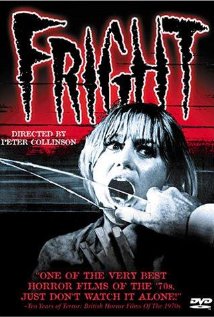 Directed by Peter Collinson, Fright 1971 is a gripping psychological thriller that surely influenced several horror movies to come, including Black Christmas (1974) and When a Stranger Calls (1979).

While babysitting for her neighbor in a cavernous old house, Amanda (Susan George) is terrorized by the neighbor’s ex-husband (Ian Bannen), who escaped from a mental institution. In fact, the night on which the movie occurs happens to be the anniversary of the night the neighbor divorced her insane ex-husband.

Broodingly atmospheric, Fright is quite scary at times, and easily one of the more underrated thrillers from the 1970s.

Collinson takes full advantage of the setting – in the case of Fright, the house. Like all old houses in horror movies, this one makes its share of unsettling noises. The movie creeps up on us with a classic slow build, as we watch Amanda watch horror movies alone in the old house, listening to the wood creaking, while shadows shift along the windows.

False alarms sound from outside, too, and while these are typical horror tropes, the execution makes them effective in Fright. One of my favorite false alarms is when Amanda’s boyfriend shows up, knocking loudly on the door, as Amanda wonders who is on the other side. She asks who is at the door, and he says in a dark voice, “It’s me.” Simple, yet effective. 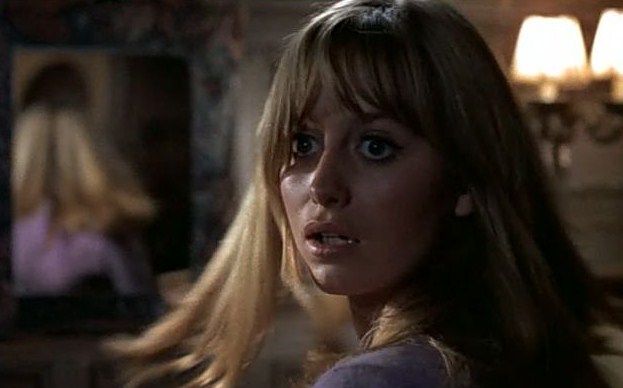 Faces appear in the window, watching Amanda, and then someone gets attacked outside.  The violence quickly escalates.

In addition to Collinson’s quality direction, intentionally unstable camera work is utilized to create a sense of disquiet. The camera is always moving, especially during the early scenes where Amanda is just starting to grasp the danger she is in. The ex-husband’s face is sometimes silhouetted as he stands in the shadow, a nice touch that is reminiscent of Black Christmas and John Carpenter’s Halloween (1978). The over-the-top insanity of the ex-husband reminded me of Billy from Black Christmas.

If I were to make one complaint about Fright, it is that the lunatic ex-husband’s arrival is telegraphed too early, leaving little room for surprise. That said, the husband’s psychosis is disturbing, and it is difficult to watch his volatility without getting chilled, regardless if we saw him coming from a mile away.

For my money, Fright 1971 is at its best during the suspenseful buildup encompassing the first 30 to 40 minutes. Not that the movie falls apart after that – it doesn’t. It’s just that the final scares never quite live up to the setup. Fright ends up focusing on the maniac’s savagery rather than keeping the suspense high, and in my estimation, this was a mistake.

Fright 1971 is a good psychological thriller, a lost horror gem that fell short of being a classic. Eventually, Black Christmas and When a Stranger Calls perfected the Fright model, and the rest was history.

I highly recommend Fright to anyone looking for legitimate chills. Grab the DVD at Amazon soon, as movies like Fright tend to periodically go out of print.