“Is this your wife? What a lovely throat.” 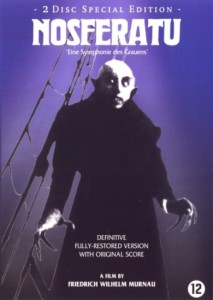 The first, and arguably best, vampire horror movie ever made is F.W. Murnau’s Nosferatu (1922). The silent movie, based on Bram Stoker’s Dracula novel, starred Max Schreck as one of the most frightening vampires to ever grace the screen. In fact, Nosferatu was almost the first Dracula movie. After Stoker died, his widow forced Murnau to change the name of the movie and the characters, and Count Orlok and Nosferatu were born. The irony to this is that Nosferatu’s success inspired countless knockoff movies, including Dracula (1931). None approached the horror of Nosferatu.

Schreck was so convincing in his role that he inspired, nearly a century later, Shadow of the Vampire (2000), a horror movie which asks the question: What if F.W. Murnau had cast a real vampire in Nosferatu? Because Schreck was a staunch method actor, never allowing the crew or other cast members see him out of character, there were some who asked this very question. It’s hard to watch Nosferatu without beginning to believe in vampires, and maybe this is because the filmmakers believed in vampires, too.

The true beauty of Nosferatu is that it was the original vampire movie, unsullied by the eventual tropes which came to dominate vampire horror. The Count, Graf Orlok (Schreck), is not a lover like Bela Lugosi. He does not turn into a bat, nor does he run screaming from garlic cloves. He is a pre-cliche vampire, a monster afflicted with a curse or a disease. He stalks, and he feeds.

In this sense, Nosferatu is a pure, Gothic monster movie. 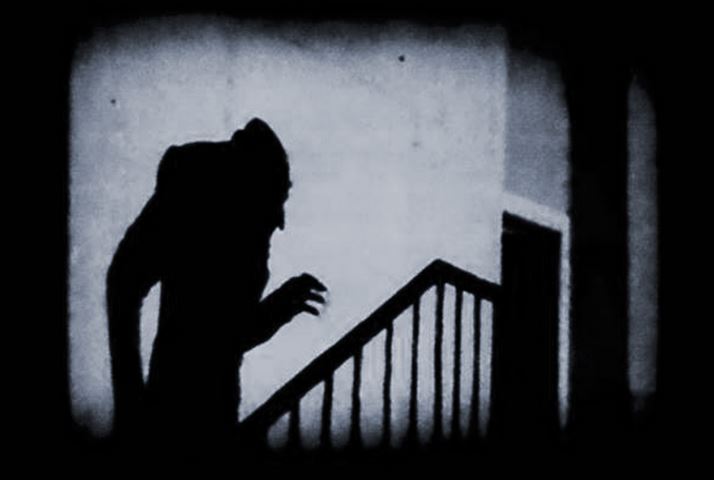 The story begins with Count Orlok wishing to purchase a house in Wisbourg across the road from the agent dispatched to seal the deal. Hutter (Gustav von Wangenheim) travels to Count Orlok’s Transylvania castle, and when the count spies a photograph of Hutter’s wife, Ellen (Greta Schroder), he becomes instantly obsessed with her.

Though Hutter closes the deal, he is always jumping at shadows while inside the castle. He notices Orlok sleeps during the day, and eventually he discovers Orlok’s secret sleeping chamber is a crypt. Hutter believes Orlok to be a vampire, but he becomes trapped inside the castle while Orlok stows away on a ship transporting coffins(!). On his way to Wisbourg, the murderous count leaves a body count of blood-drained victims while pursuing Ellen.

The eventual scenes with Ellen cowering from Count Orlok are cinema gold, classic scenes which almost define the horror movie.

German expressionist Murnau weaves a creepy, sinister film that in many ways has yet to be equaled. Murnau’s use of lighting, long harsh shadows, and unusual camera angles aided in what is certainly a disturbing film. 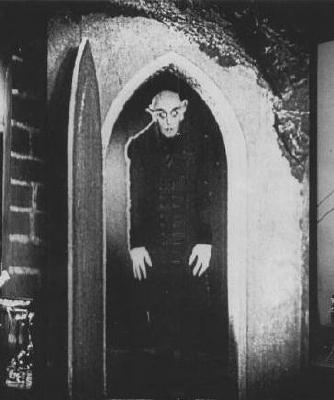 Seeing Nosferatu makes me want to turn the clock back to the 1920s. What if vampire horror had followed the Nosferatu path and never bogged itself down in the now predictable cliches which have existed since Dracula (1931)? Would the vampire-as-lover trope ever come into being?

It’s intriguing to wonder what future filmmakers and writers would have done with the vampire mythos. Not until Mr. Barlow haunted a new generation of horror fans in the Salem’s Lot miniseries (1979) did another vampire as frighteningly hideous as Count Orlok appear on screen.

Ready to see how the legend began? Check out the two-disc Blu-ray remastering of Nosferatu.

And if you prefer reading horror over watching movies, check out these hair-raising horror books and find your next great read!