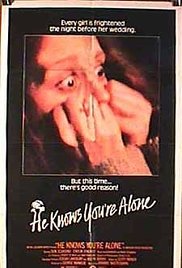 He Knows You’re Alone (1980) is a straight-forward slasher that tries really, really hard to be Halloween. So hard that everything from the set pieces to the steady-walking killer seem pulled from Carpenter’s classic. Don’t automatically label He Knows You’re Alone as a copycat hack.

Here’s the gist: a psychopath with a fixation for murdering brides-to-be is back in town. The murderer has long eluded Detective Len Gamble, this movie’s version of Dr. Loomis. Just like Loomis, Gamble flounders in his inability to convince anyone else of the psychopath’s return.

As Amy (Caitlin O’Heaney) prepares for her wedding day, she begins to think someone is following her. The stalker appears suddenly, only to disappear into his surroundings before she can get a good look, straight out of the Michael Myers playbook. And much the same as Laurie Strode, Amy is alone in her belief that a danger lurks in the shadows. 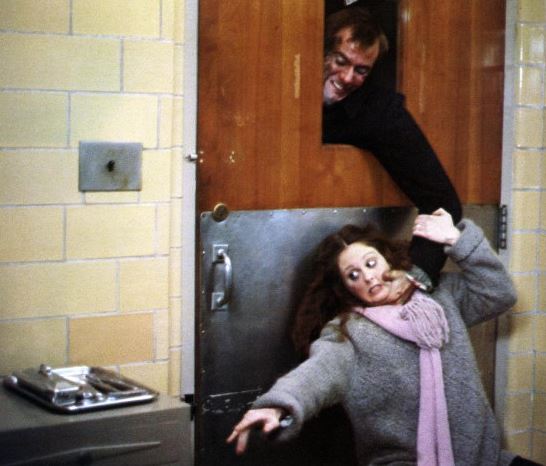 Everything about He Knows You’re Alone seems blase – the somewhat-inspired acting, the copycat screenplay and direction, the predictable story line.

And yet the end result is a decent little movie, punctuated by a tense stalk-and-chase climax scene. 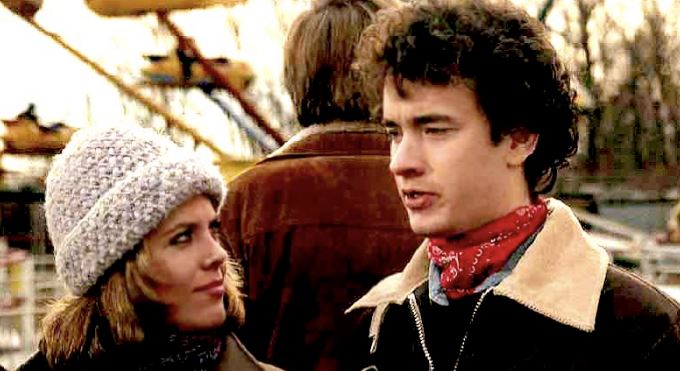 I would be remiss if I didn’t mention that this was Tom Hanks’ first movie. Yes, that Tom Hanks. Although only in a few scenes, Hanks steals every scene he is in as a supporting role.

Big surprise? Not at all.

It would also be unfair if I didn’t acknowledge the brilliance of the opening scene. Two girls are watching a scary movie inside a theater when one girl heads to the bathroom, only to feel a presence watching her. The killer follows the girl back to her seat inside the theater and sits directly behind the couple, concealed by the darkness. This scene strongly inspired a similar murder in Wes Craven’s Scream 2.

Which brings me to a philosophical question. Once a great piece of art is created, should nobody attempt to create another piece of art like it? Should no future bands bother to write songs like Tool?  Should no singer attempt to replicate Adele? Stephen King alone has written the majority of horror writers into a creative corner. Would it be so horrible if another writer forged a story which replicated Children of the Corn or It?

Imitation is the sincerest form of flattery, and there are some pretty damn good rock bands who did their best to sound like Black Sabbath and Led Zeppelin and still generated a well deserved following of fans.

I’d rather watch a good movie than watch a flick which is too focused on being “original.” Yes, He Knows You’re Alone is essentially Halloween-lite. It’s still popcorn munching fun. That’s good enough for me on a quiet Saturday night.

He Knows You’re Alone is still available on DVD on Amazon. Grab a copy while you can.

One thought on “He Knows You’re Alone”