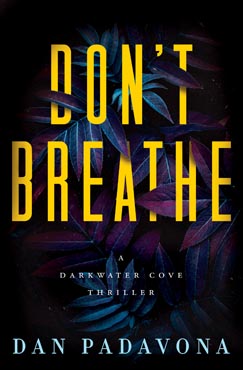 The six-novel Darkwater Cove psychological thriller series is now complete and available in audiobook format at Audible and iTunes.

With the new release of Don’t Breathe, book six in the chilling series, audiobook lovers can now enjoy the Darkwater Cove story in its entirety.

Three talented narrators combined to produce Dan Padavona’s six-book series. Meghan Kelly reads the first tale in the series, with Toni Alden bringing her flare for the dramatic to books two and three.

Whitney Dykhouse narrates the second trilogy in the Darkwater Cove saga and delivers the memorable performances thriller fans have come to expect from this amazing producer.

The Darkwater Cove series is free to read and listen to for Kindle Unlimited subscribers.

You can find all six audiobooks on Audible. Start listening today!