The Island 2nd edition horror anthology is available on Amazon. For the first time, The Island is in paperback as well as on Kindle.

In addition to the original tales – The Island and One Autumn in Kane Grove – which anchor this highly-rated anthology, Padavona’s new slasher novelette, Treman Mills, is included in this 2nd edition special release. 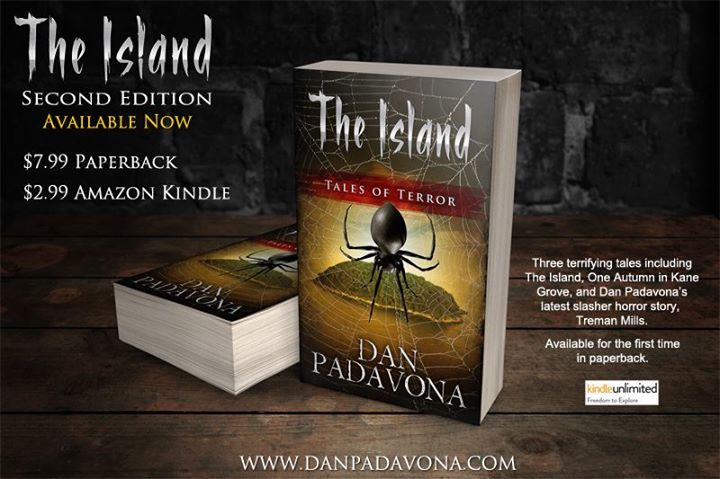 What was Padavona’s motivation for re-releasing The Island with Treman Mills filling out this horror anthology?

“After completing the Dark Vanishing series,” Padavona said, “I hadn’t written a true dark horror story since I penned The Island after Storberry’s release. Though I’m proud of Dark Vanishings, my roots are deep in slasher and dark horror. It was time I returned.”

Treman Mills – Hurrying to get home before dark, Rachel and Charlie take a shortcut through the dangerous section of Treman Mills, a town where five brutal, unsolved murders have occurred in the last year. When the Black Thorns gang catches them on the wrong side of town, Rachel and Charlie flee into an abandoned building. But they are not alone in the darkness.

Pick up this horror anthology now at Amazon.