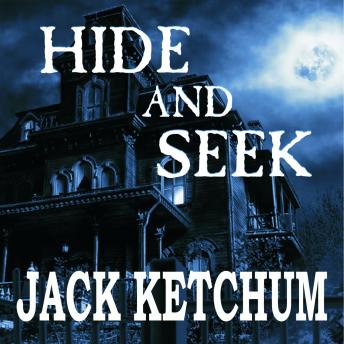 The followup to Jack Ketchum’s breakout debut, Off Season (1980), Hide and Seek (1984) is the story of Dan, Steven, Casey, and Kimberly, four young people who spend a frightening first half of summer together in the coastal Maine town of Dead River.

The story is told from the perspective of Dan, a town resident who has put off college to sell lumber. He meets the younger, three well-to-do friends at the beginning of summer, and eventually he falls in love with Casey.

In many ways Hide and Seek is more of a character portrait of Casey than of Dan, as we quickly become aware of her volatile personality (the reasons behind which are slowly revealed).

The first half or so of Hide and Seek is almost a dangerous love story. Ketchum paints his scenes in such a way that we sense, rather than see, horror existing in the background, while we involve ourselves in the relationship between Dan and Casey. I loved the first half of the story and thoroughly enjoyed their summer adventures, as the story slowly unwound.

The second half of the story kicks the horror and suspense into high gear when the four characters decide to play a game of hide and seek in an abandoned house. It isn’t clear once the scares start if we are reading a haunted house story or something else, and that uncertainty in itself is unsettling. Ketchum holds back just enough information that we begin to believe in ghosts and monsters, just as the characters must. The interior of the house is brilliantly rendered by Ketchum’s descriptions, making the old house take on a life of its own in our minds. You will remember the dark basement and the hole in the wall.

Hide and Seek by Jack Ketchum is a compact dark horror story – even with an added short story tacked on, Hide and Seek weighed in at only 176 pages.

As much as I enjoy novels such as The Stand and It, I also appreciate a story which doesn’t require me to commit multiple weeks of my life.

Even with multiple life commitments, I still managed to storm through Hide and Seek in two-and-a-half days. Ketchum captured my interest from page one, and the pages kept turning with never a dull moment.

Hide and Seek is a scary tale that will satisfy fans of haunted houses and those intrigued by real-life horrors. Highly recommended.

You can grab Jack Ketchum’s Hide and Seek on Amazon.